i have recounted several tales here about my close friend, JD Waits. He remains a legend. There are many other stories to tell. JD generates stories. Nearly all of them are hilarious. When we were stationed on the USS Okinawa together (we met in the XO’s cabin while en route from Perth to Sydney, Australia in September 1981), we became famously or infamously known as the “Booze Brothers,” a takeoff of John Belushi and Dan Ackroyd’s “Blues Brothers” characters.

At social functions, we showed up in black suits with white shirts and thin black ties. We wore black fedoras, dark framed sunglasses, and even wrote our names of Jake and Elwood on the tops of our fingers in sharpies like the the tattoos of the two film characters.

When JD married Mary Lou in the party house in the Coronado Cays, i was the best man (Maureen and i played Tony Bennett’s version of “Second Time Around” after their vows). JD and i went formal with white pants, blue blazers, our fedoras, and white rimmed sunglasses. The photo here is blurred because i didn’t feel like taking it out of the frame. Besides, we were pretty blurry back then. It hangs outside my home office, my reminder of one hell of a trip with JD: 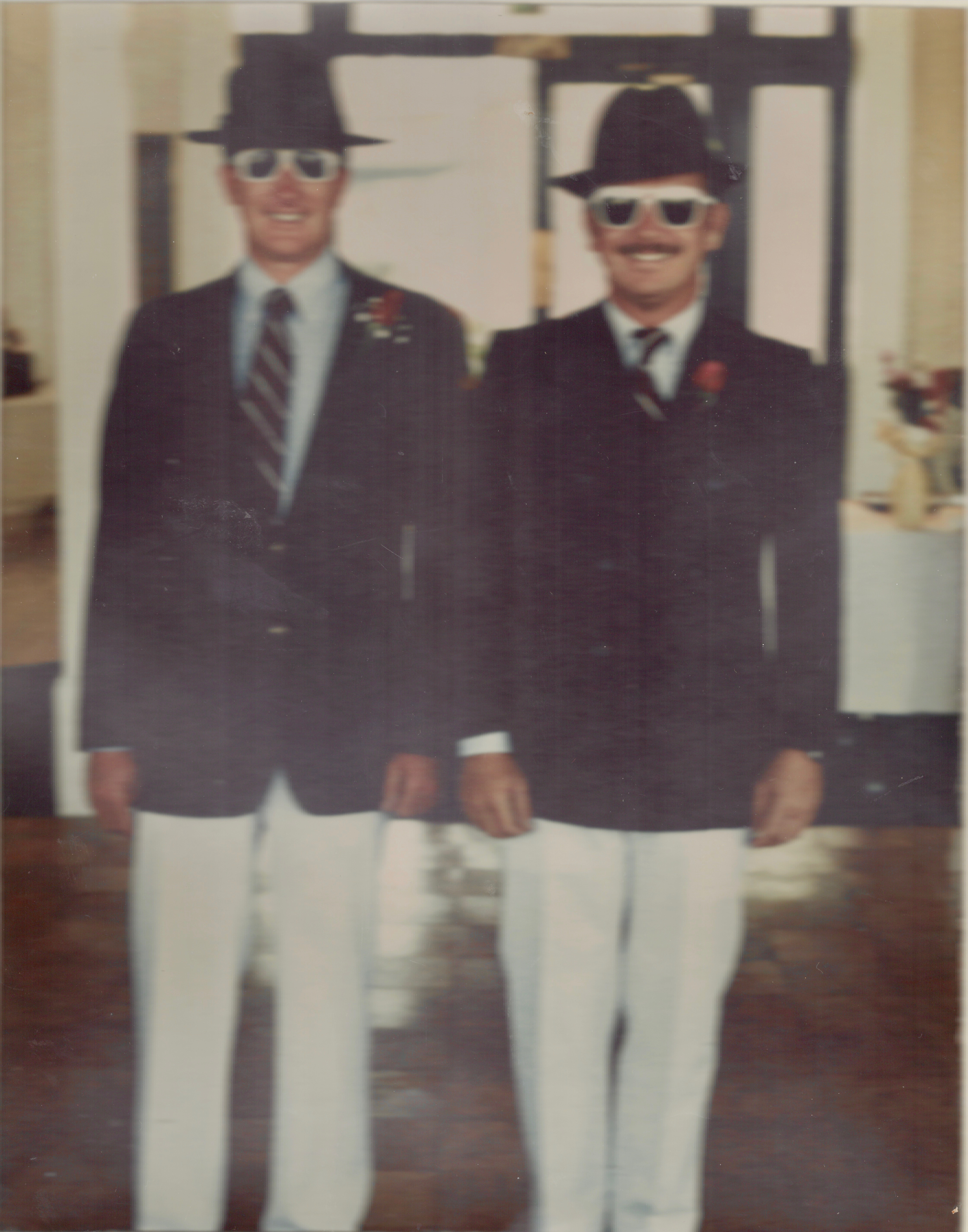 Currently, JD is a top safety expert across Texas working out of Austin. He  commutes from Bastrop where he and his wife Mary Lou have a beautiful home on an acre of land, backed by the fourth tee of the Pine Forest Golf Club. The club house and a three holes  are along the banks of the Colorado River. Sounds like JD.

i don’t think i’ve ever related in my stories that JD’s second cousin is Tom Waits. Although i knew JD was a man of many talents, i did not know he was into music like his cousin.

But when we were in Petaluma for lunch with our hosts, Alan and Maren Hicks, last Saturday, i spotted a theater downtown. It had become a music venue. When i looked closely at the side billboard announcing coming music bands, i knew it had to be my friend. Even the name of the band made sense:

Even the name of the “Theater and Music Hall” seemed to fit.